I have something to say 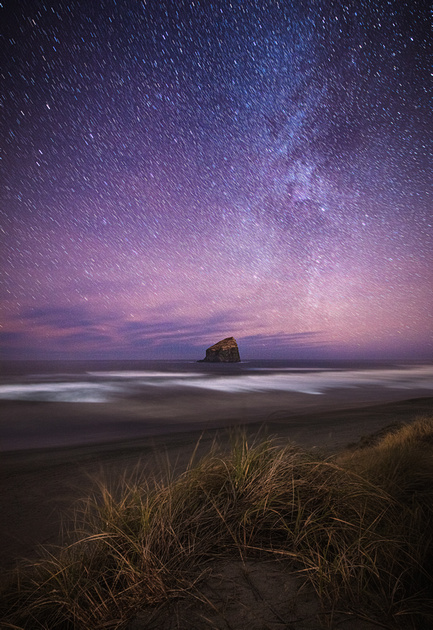 Linds: Have you written a new blog post recently?

Me: Because I have nothing to say.

This has been a regular refrain of mine for years. It is a phrase borne out of a fear of wasting people’s time with, what I perceive to be, inconsequential emotional drivel. Many of my days are passed stuck in my head, worrying about whatever my grubby little brain can exploit for emotional drama: the weather, the integrity of the van, the pandemic and, most pervasively, my health. That last worry is a dominating force. Since the onset of rheumatoid arthritis in my early 20s, I have become hyper tuned and overly worried about every ache and pain in my body. Sometimes, the pain is real and mildly debilitating. Other times, the pain resides in the realm of the imagined, or, at the very least, heightened by my fixation on it. All this to say, I am a professional worrier. It is probably the thing that I am best at.

Back to this: the feeling of having nothing to say often results in long lapses of communication with friends, family and, well, this blog. The phrase “I have nothing to say” has, over the years, evolved into a throwaway comment that precludes me from having to say anything, whatever it may be. I operated on the assumption that only big outdoor experiences and notable events were worth sharing. This time, after delivering my habitual response of ‘having nothing to say’ to Linds, I paused to evaluate what it meant.

This pursuit of self-reflection is a recent development which arose out of another fear: of wasting my own time. It struck me a couple of weeks ago while traveling along the Oregon Coast. It was a rare clear mid-December night on the coast and we were parked for the night a mere minute walk from a beach. Having spent the last couple of days photographing a large sea stack in the area, I had a suspicion that the Milky Way may be spanning the sky behind that sea stack. I grabbed my camera kit and headed for the beach. Upon cresting the berm above the beach, I clicked off my headlamp, allowed my eyes to adjust and was greeted to a gorgeous display of space rising out of the ocean. Individually, these two entities exist within the realm of the unfathomable. Taken together, the curvature of the Earth visible, flowing into the infinitive expanse of space, the scene verges on comprehensible. Our planet, on the ocean’s edge, takes shape and looks at home in the context of the greater cosmos.

I set up a shot and began taking two minute exposures to capture the detail in the foreground grass, beach, ocean and sea stack. I opted to let the movement of the cosmos remain expressed with slight star trails (as opposed to blending in a shorter pinpoint star exposure). During those two minute intervals, I watched the sky as meteors exited the cosmos for a closer look at our planet, burning up upon further inspection (they weren’t keen on 2020). Winter’s waves lashed the shores, providing a soundtrack of deep earth-moving bass. The whole scene was extraordinary. This was my first month photographing the ocean and my first time stargazing over the ocean. In that moment, it struck me: how lucky am I! I am traveling in a camper van, seeking dynamic landscapes, with my best friend for an indefinite period of time. Wow. Countless people had told me that I was ‘living the dream’, but this was the first time that I really felt it. It had taken me nearly five months of life on the road to deeply feel that something special was happening. This wasn’t just another vacation or hapless romp around the country, this was something more.

In that moment of ecstasy on the edge of space, dread sank in. It occurred to me that, at this rate of nonstop, unchecked worrying I was engaging in, I was liable to come out of the other end of this multi-year trip unchanged. That scared the hell out of me. The idea of squandering this once-in-a-lifetime opportunity was loathsome. By allowing my worries and fears to persist unexamined, I had been allowing them to control me: as I always have. At that moment, I realized that I had a choice. I could choose to proceed without examining and addressing the sources of my anxiety and return home unchanged or, I could dig into those sources of anxiety and seek personal growth. My answer arrived as quickly as the question from which it was derived. I had to choose growth. Living in fear, as skilled as I am at it, was no longer an option. A feeling of peace set in. The choice to seek personal growth, that is, to take control, was immediately binding. All that remained, and critically so, was the ‘how’.

Over the next few days following that “berm-top” experience, I took time to break down individual worries and make action plans for them. Plans were developed for how to proceed with rheumatoid arthritis pain, address a nagging infection, treat a lingering knee issue, etc. I dug into the worries that often paralyze me. It’s not that I am averse to vulnerability or sharing personal things, it’s that I think my personal stuff is highly uninteresting. What’s more, I have always avoided burdening people with my own emotional drama. What I realized through all of this was that I have the choice to share that emotional drama or share nothing at all. What I really meant when I said “I have nothing to say” is “what I have to say I don’t believe to be worth sharing.” I had unwittingly assigned a value judgment to my feelings and, in doing so, allowed them to persist unexamined.

The convergence of all of this - feeling I have nothing to say and worrying about everything - comes down to grounding myself in appropriately processing my worries and fears. It is about not allowing those worries and fears to control me as they have, but rather to address them head on, determine what I have control over, dispense with what is out of my control and make a plan for what is within my control. Ultimately this exploration into “having nothing to say” has allowed me to realize that I do have something to say. It may not always be cheery, but it will always be honest. I refuse to proceed on this trip held hostage by my worries and fears. I choose to build habits that promote growth, not stagnation.

There, I said something.

Marius Swart(non-registered)
Brian howzit,
Rendering oneself vulnerable is not easy but doing it in such an eloquent way even more so...well written from the soul.
Rolling with the punches is the only way forward...may you stride along the path of growth with the same cadence as you do on the mountain trail!

Love the image...
The funny thing is that being a guide travelling throughout Africa, I am constantly surrounded by iconic wildlife which everyone are overwhelmed by.
Personally I am however much more connected to the landscape...the very matrix which supports the myriad wildlife which usually take centre-stage.
Thanks for sharing and I look forward to the next instalment.

Cheers
Amy Jansen
Brian, what you have to say is the exact opposite of “highly uninteresting.” Your careful assessment of a situation, your thoughtful observations of an event/person/place, your positive outlook, your unflappable calm, and your sage advice have always been priceless to me. I regret that I took for granted how lucky I was to have your ear every day at work! Even just today, during a shoot, I was reminded how much of a priceless influence you have been. I’m sure I’m not alone in how much I look forward to hear about your adventures, “noticings” (a 1N reference) and musings about your experiences! Thank you for sharing yourself! The world is a better place because you (and Linds!) are in it.
Kirsten Marsh(non-registered)
Brother, your vulnerability is breathtaking and compelling! You and Linds are two people I pay attention to and the word I feel compelled to extend is be gentle to yourself. There is enough and God is enough. I am so excited to you two this evening. No expectation but great anticipation. I love you dear man.
Rae-Ann Beaulieu(non-registered)
Brian, you never cease to amaze me!!! You are an incredibly beautiful soul! When you speak, you speak with profound wisdom and depth. Thank you for being YOU, my dear friend!☀️❤️
Jeanne Worthy(non-registered)
Thank you ever so much for sharing this, can definitely relate!! I tend to do the same type of thing, and can much more easily share in writing rather than speech. Your photographs are absolutely superb and travelling this year gives you such a great opportunity! Just gotta "keep on keepin' on" and do the best that we can!!
No comments posted.
Loading...
Subscribe
RSS
Recent Posts
Shaped by Waves What catches YOUR eye? The Halfway Point I have something to say Learning to See Again The Beginning Saving the Great Burn Pain and Encouragement Photography as Anti-depressant: The Anatomy of a Storm The Most Beautiful Day in Recorded History: A Photoless Photo Essay
Keywords
Archive
January February March April May June July August September October November December
© Brian Christianson Photography
User Agreement
Cancel
Continue